We are just two people, but our work has brought joy to thousands. We're Steven and Lesa, the heads behind Arend Studios.

Steven has gained many years of expertise with costume building and repairs. In 2004, he decided to open his own studio. Shortly after, he and his partner founded a new venture named Arend Studios in the Canadian city of Vancouver. After taking sole ownership of the business in 2006, Steven started to form a plan to leave Vancouver and continue Arend Studios in the United States. In 2010 those plans came to fruition and sunny California now is the studio's new home.

Lesa has been working for Arend Studios since summer 2010, right after the move to California and brought years of sartorial experience to the business. She's chiefly responsible for the creation of the mascot and fursuit bodies. 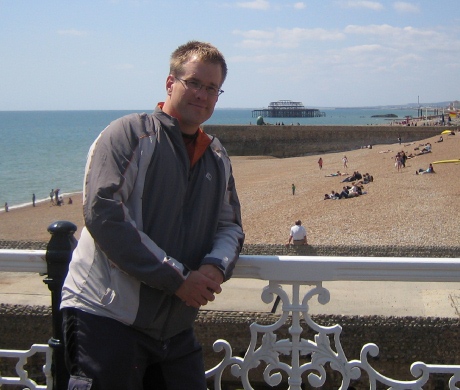 Our studio is home to many different kinds of fur in all sorts of lengths and colors. It also houses various other materials we work with, such as fabrics for tongues and noses, synthetic resin for horns and claws and an airbrushing system to create more complex fur patterns.

At the center of the studio is our work desk which has seen the creation of more than 300 costume heads. It may not be the latest model, but it has never let us down. Thank you, desk.